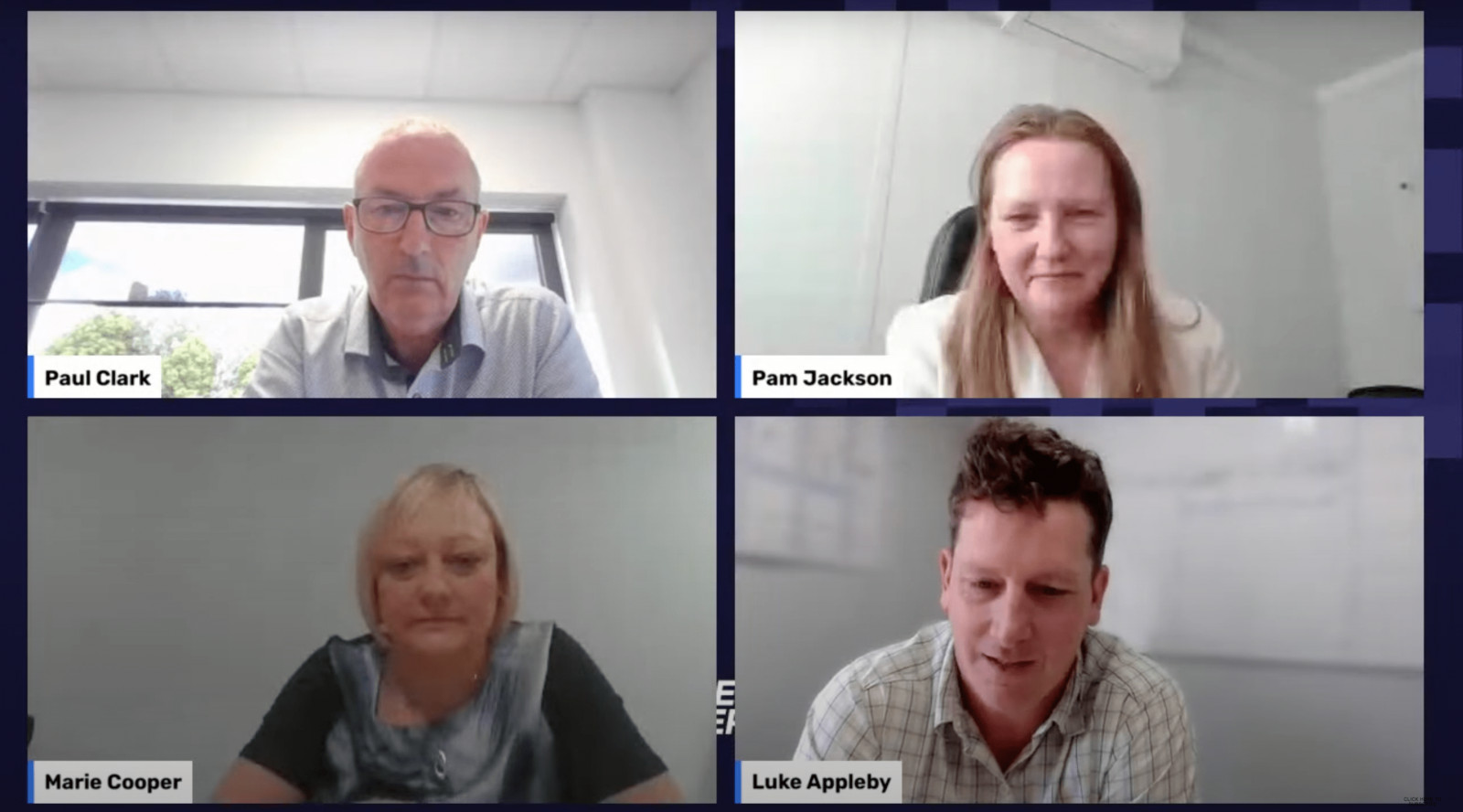 World-Class Investments, a £8.5 Million Project and Bringing 5 Divisions Under 1 Roof

Having taken place on Wednesday 8th August, this month's instalment of The Editor's Pick saw guest editor Luke Appleby speak with 3 industry leaders from the Made in Group about their latest company news.

Luke has a wealth of experience through having worked for Equilibrium Risk for over 7 years. Equilibrium Risk, Patrons of Made in Yorkshire, is an award-winning security management company based in Huddersfield.

As Guest Editor, Luke was able to select any recent news stories from the Made in Group membership, and decided to speak with Atlas Copco’s Paul Clark, Siddall & Hilton’s Pam Jackson and CBE+’s Marie Cooper.

This live event was kicked off by Luke, which is streamed across all Made in Group social channels once a month to the group’s 30K+ followers, by introducing himself and the guest speakers.

Hitachi Rail has invested £8.5 million to create bespoke welding and painting facilities within its Newton Aycliffe factory, thereby extending its UK role from assembly-only to the complete fabrication and fit-out of units - the first time in decades that a new train welding facility of this type has been created in Britain.

Atlas Copco’s successful bid for the design and installation of the 450 metre compressed air and argon supply network has played an important role in the company’s on-shoring of crucial high-value aspects of its manufacturing process.

The second speaker that Luke spoke to was Siddall & Hilton Products Limited’s Pam Jackson, with Luke interested to find out more about a recent automation investment being set to accelerate the company’s world class journey.

Local automation experts Sewtec has been helping market leading welded wire mesh manufacturers, Siddall & Hilton, invest in two automation projects to streamline processes and accelerate their journey to being world-class in their industry.

In order to reach this global goal, Siddall & Hilton recognised that automation was an important part of the puzzle. Investing in automation has allowed the company more time to focus on driving the business forward and keep ahead of competitors.

Last but not least, the final speaker that Luke spoke to was CBE+’s CEO Marie Cooper, with Luke keen to find out more about the company having recently completed its £4m project to bring its five divisions under one roof.

The firm – which was formerly known as Nitec UK – has operated from two separate sites since 2017 when owners Marie Cooper and Chris Brown acquired the five businesses which make up the company today.

The £4m project has seen the firm install five plating lines, blasting and heat treatment capabilities at the site, which was previously home to BG Engineering before CBE+ made it its headquarters.